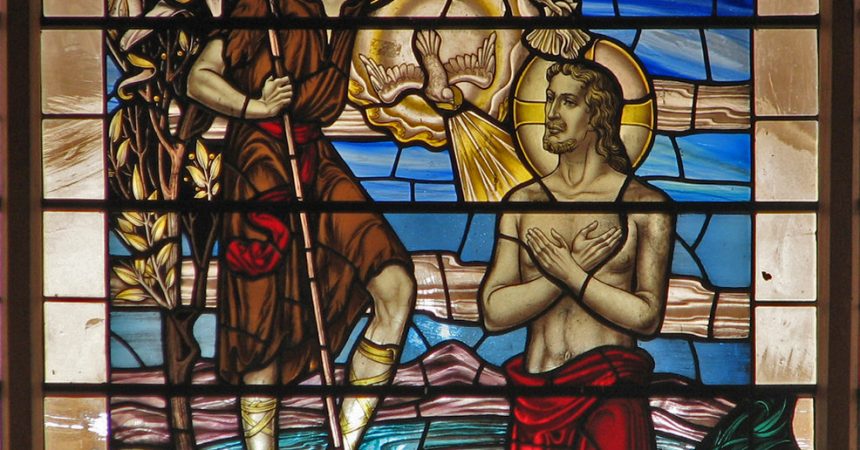 The purpose of this article is to give parents who are questioning whether or not to have their infant baptised information on what baptism into the Roman Catholic Church means for both the parents and the child who is being baptised and to offer suggestions for secular alternatives for celebrating the birth of your child. If you are a practising Catholic you may have no misgivings about baptising your child, however in Ireland there is also cultural expectation that parents who come from a Catholic tradition will choose to baptise their children into the Catholic Church. Increasingly parents are questioning what this decision will mean for their child.

Before making the decision whether or not to have your infant baptised it is important to understand what the ritual of baptism involves. In the Catholic Church baptism is considered the basis of the whole Christian life. It is the first in what is known as the three ‘Sacraments of Initiation’ the other two being Communion and Confirmation. The ‘Sacrament of Baptism’ is often referred to as the ‘Door of the Church’ and once baptised the child will become a member of the Catholic Church.

Unlike the Catholic Church, many other Christian churches object to baptising infants as they believe that baptism requires the understanding and consent of the person being baptised. However, in the Catholic Church baptism is almost always performed on infants. Canon Law dictates that parents are obliged to present their infant for baptism within the first few weeks of life (sooner if the child’s life is in danger). If an adult wishes to receive the ‘Sacrament of Baptism’ they must first undergo instruction through a process called catechumenate.

There are several reasons why the Catholic Church insists on infant baptism, the most important being that the Catholic Church believes that all humans are born with a fallen nature and are tainted by original sin and so have to be baptised to be free from this sin. Original sin (also called ancestral sin) is the belief that all humans are morally corrupt. According to the Bible the first humans, Adam and Eve, disobeyed God’s command by eating the fruit off the forbidden Tree of Knowledge. This lead to the ‘Fall of Mankind’. Prior to this ‘Fall’ there was no sin or death as humans were made in the image of God but following the ‘Fall’ humankind and the whole world was corrupted. This disobedience to God resulted in original sin; that is Adam and Eve’s sin is passed on down through the generations so every new-born infant, including your own, is born contaminated with this sin and baptism is the only way of removing it (however baptism does not remove the effects of this sin). In the past the Catholic Church taught that an unbaptised baby who died would enter a state called ‘Limbo’. This was because they had not been resolved of their original sin so could not enter heaven, but were not guilty of any personal sin and so were not damned to hell. However, more recently the Catholic Church has changed its teachings to one in which they say there is hope that infants who die without baptism are admitted into heaven, however they stress that this should not remove the necessity of baptism.

The ceremony of baptism involves freeing the infant from sin and from the influence of the devil so during the ceremony the priest will say two prayers of exorcism over the infant; in the first the priest will command any impure sprits who might be present to leave. The second prayer of exorcism is called “Ephpheta” (be open) which opens the child to receiving the word of God. During the ceremony the parents and godparents will be called upon to take pledges that they will raise the child in keeping with the teachings of the Catholic Church.

There really is only one reason to baptise your child; that is you believe in the teachings of the Catholic Church and you have made the decision to raise the child within this faith. Of course the argument could be made that a person should be free to choose, or not choose, their own religion. Infant baptism and indoctrination at a young age goes against the idea of free will, but it is the personal choice of the family. It is worth noting that at present Canon Law makes it impossible for an individual to remove his or her name from the Baptismal Register. There is no means to formally defect from the Catholic Church. This means that, as things stand, once baptised your child will belong to the Catholic Church for life.

Outside of religious reasons parents will often feel under pressure to baptise their child in order to celebrate the occasion of the birth. However, there are secular alternatives to a religious ceremony. The links below provide some ideas as to how the occasion can be marked. It is worth remembering that, unlike a marriage, there is no legal component to a ceremony to welcome a new baby and so the celebration can be designed and conducted by anyone. This means that the event can be personalised with poems, speeches and music that hold meaning to the family and friends.

One of the concerns parents have is that they will not be able to secure a school place for their child without a baptismal certificate. It is true that in Ireland 90% of primary schools are currently under the patronage of the Catholic Church and there are few options open to non-religious and minority religion families. Atheist Ireland runs a campaign ‘Schools Equality PACT’ which involves lobbying for change. Atheist Ireland would argue that it is unacceptable and a breach of human rights for parents to be forced to baptise their child in order to secure a place in their local state-funded school and will continue to lobby on this issue on both a national in international level.

“Baptism of the Lord” by Lawrence OP is licensed with CC BY-NC-ND 2.0. To view a copy of this license, visit https://creativecommons.org/licenses/by-nc-nd/2.0/